An Ohio Court of Appeals recently affirmed a determination that adverse possession had been achieved, even though conflicting testimony was presented on that subject at Trial.  Lloyd v. Newland, 2021-Ohio-2342.

Newland testified that she did not pay much attention to her property, although she noticed that the grass had been cut, but didn’t know by whom.  In October of 2019, Lloyd filed a Complaint, asserting adverse possession of the Newland property.  Lloyd denied ever asking for anyone’s permission to do anything with the Newland property.  Therefore, there was contradicting evidence as to the adversity element of adverse possession.  However, the Trial Court found Lloyd’s testimony was more credible, and ultimately concluded that Lloyd acquired title by adverse possession.

The Appellate Court found that testimony was introduced at the Trial that Lloyd used the Newland property exclusively, and that Lloyd’s use was continuous, adverse, notorious, and open for more than 21 years.  Although there was conflicting evidence presented at Trial on the adversity element, the Trial Court was in the best position to determine whose testimony was more credible, and the Trial Court believed Lloyd’s testimony.  Thus, the Court of Appeals found that Lloyd provided clear and convincing evidence supporting each element of adverse possession and upheld the Trial Court’s decision.

Adverse possession is one of very few ways that ownership of real estate may be different than the public records reflect.  When purchasing real estate, be mindful of whether the elements of adverse possession might have been satisfied by someone else.  Obtain a survey, and make part of your due diligence whether and how the property you are purchasing is being used by others, and consult with counsel who has experience with these issues if you have any doubt or any questions whatsoever.

Check out that article by clicking here. 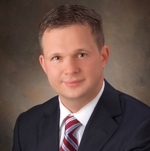 More and more transactions that we’re handling all over Ohio involve properties that have been owned by an entity or by a family for decades.  A good portion of those transactions have long-standing title issues and/or survey issues that need to be cleaned up prior to closing.

The Supreme Court of Ohio has once again provided further clarity as to mineral interests with respect to the Marketable Title Act and Dormant Minerals Act.  Simply put, the Marketable Title Act generally extinguishes property interests prior to the root of title (generally the arms-length conveyance that is 40 or more years before the current exam).   R.C. 5301.47.  The Dormant Minerals Act, on the other hand, operates to abandon a mineral interest during a 20 year period, so long as certain other savings events have not occurred during that period.  R.C. 5301.56.

In West,  there was a 1902 conveyance of a portion of the mineral interests made to C.J Bode and George T. Nalley.  Subsequently, the Wests obtained title to the surface rights in 2002 through a series of conveyances, and then filed a complaint under the Marketable Title Act against the unknown heirs and successors of Bode and Nalley.  The successors-in-interest of Nalley intervened in the case and filed a counterclaim against the surface owners under the Dormant Minerals Act.  The trial court ruled in favor of the successors of Nalley under the Dormant Minerals Act.  On appeal, the Seventh District Court of Appeals reversed the trial court’s ruling and remanded the case for determination under Ohio’s Marketable Title Act.

Recently, one of Omni Title’s Title and Escrow Officers, Brad Linville, was asked to address commercial real estate trends and serve on a Panel for Qualia’s on-demand program.  Omni Title has been using Qualia’s software for two years, and that software has enabled our company to work more efficiently and to serve the needs of our Clients at the highest level.  To check out Qualia’s LinkedIn post on the subject, which links out to the on-demand program, click here.

Check out the article in Properties Magazine written by Mike Sikora regarding Commercial Real Estate and COVID-19.

The Supreme Court of Ohio recently decided a case involving an entity transfer sale – one of the hottest subjects in Ohio commercial real estate right now.  See Columbus City Schools Bd. Of Edn. V. Franklin Cty Bd. Of Revision, 2020-Ohio-353.  That case dealt with a property tax valuation determination made by the Board of Tax Appeals, stemming from the sale of a 264-unit apartment complex that was accomplished through an entity transfer with a purchase price of $35,250,000.  The Board of Tax Appeals determined that an arm’s length sale had occurred in that case and rejected the opposing appraisal on the basis that purchaser had not rebutted the presumption that the entity sale price established the value of the property.  This decision is unfavorable for the commercial real estate industry because the many transactions take place by the way of an entity transfer, and because under our current systems, that is an essential structure to make certain deals work.

During the end of 2019, the Dower Abolition Bill (HB 209) received its first Hearing in the Senate Judiciary Committee.  One of the criticisms that keeps surfacing concerning the Bill is the risk of abuse of power in certain marriages when one spouse is in title and the other is not, and the spouse in title strips the equity from a marital residence through a sale or refinance.  Senator Matt Huffman stated that there are ways to avoid that abuse, and he called out for a compromise on this issue.  Certain Ohio domestic attorneys continue to assert that dower remain in place.  Mike Sikora has recently been asked to present to leadership of the Ohio State Bar Association on this subject.